Dave with personal trophy queen, wife Sherry, on another victory lap - this time in the Corvette Special at Cotati on 11/12/61. 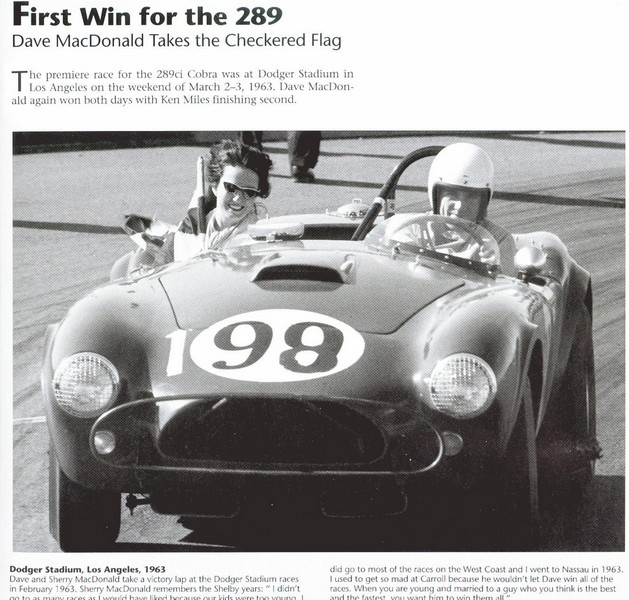 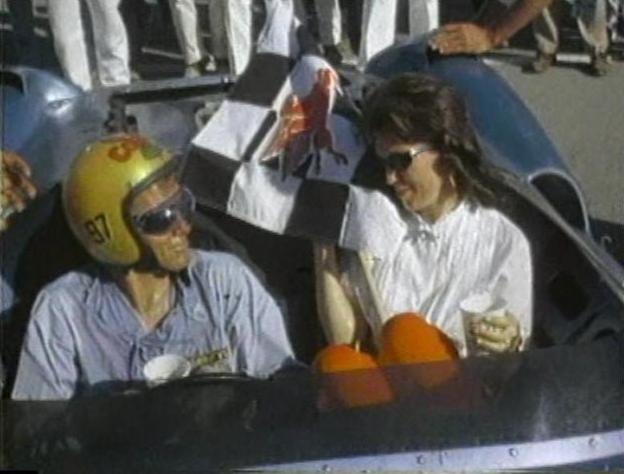 Occasionally Dave would get through the early rounds at the drags and then let Sherry race for the trophy. 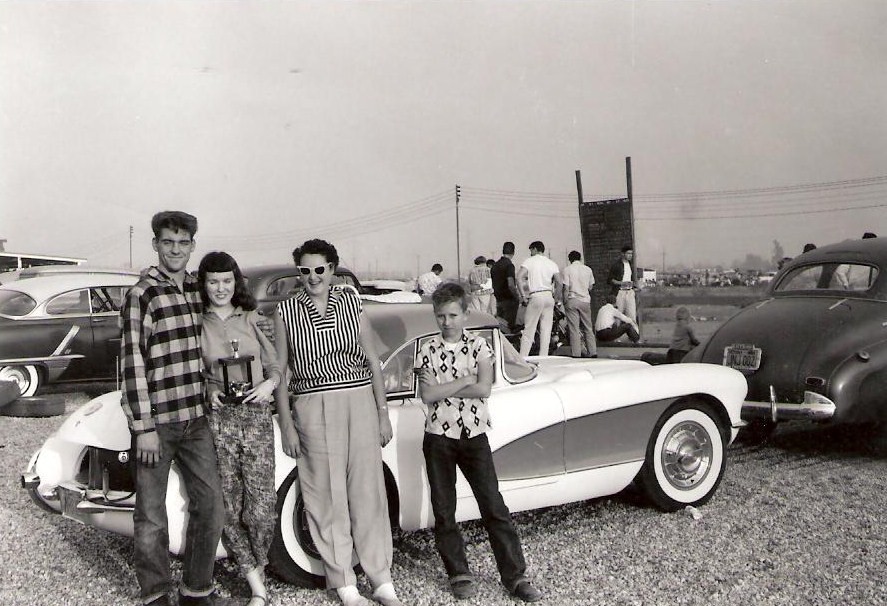