Dave qualified his Vette for the pole position but to make things interesting, he started from the very back of the 32 car field.
He gradually worked his way toward the front and on lap 5 he flew by Paul Reinhart to take the lead. Photo Tam McPartland 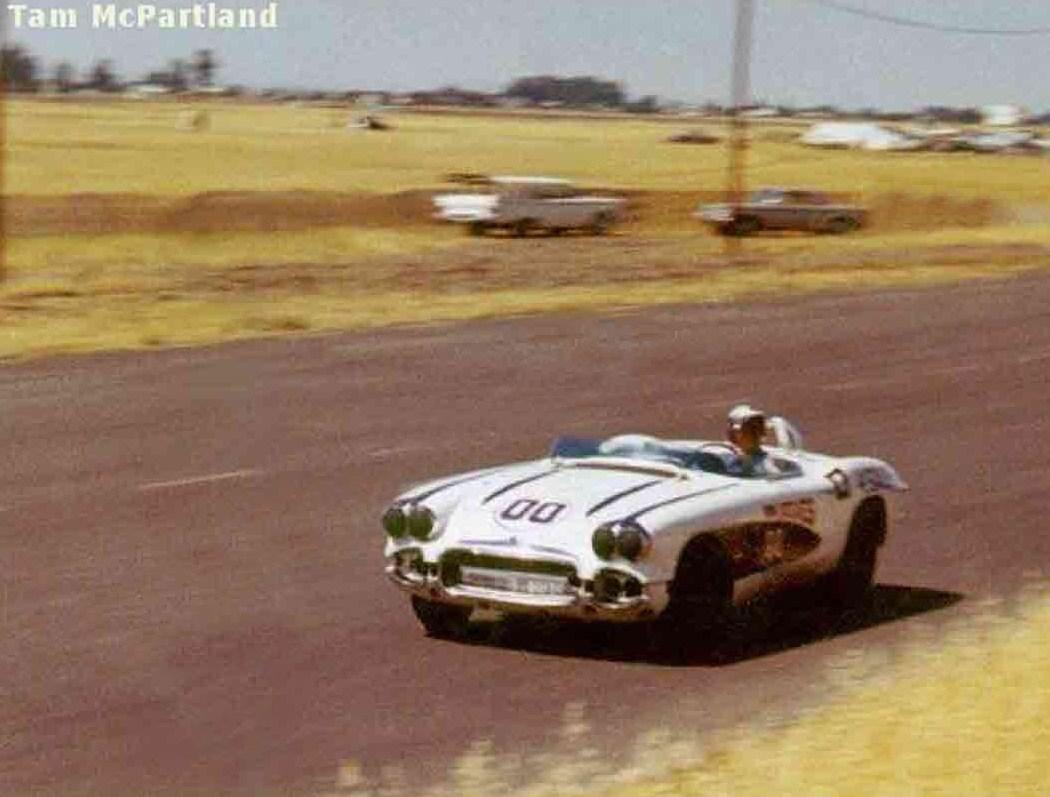 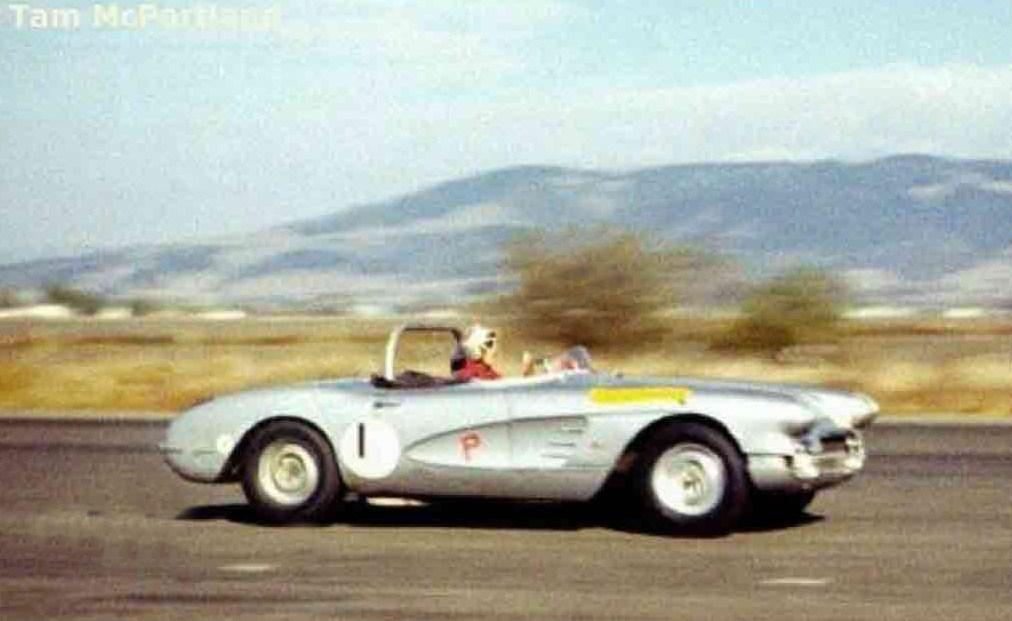 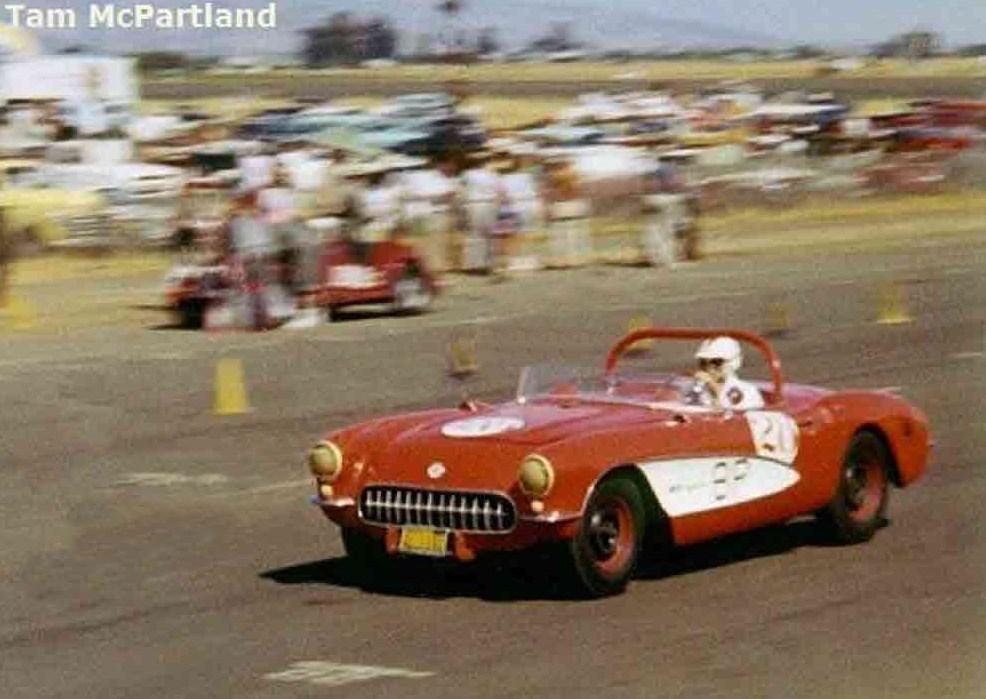 Lap 17 Dave MacDonald's Corvette gets loose in the gravel while dicing with Don Westor's Porsche. Photo Bill Hewitt Dave pulls out of the slide and back onto the track but suffered piston damage during the excursion and retired. Photo Bill Hewitt.

Paul Reinhart retook the lead and went on to score victory at this Vaca Valley race on 8/20/61. Photo Tam McPartland

Recap of the August 20, 1961 races at Vaca Valley Raceway. MacDonald's Corvette was the fastest through the traps at 129.9 mph