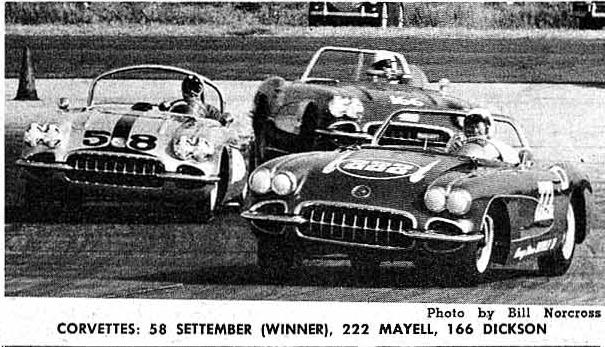 Race results for May 28, 1960. MacDonald finished 3rd and Tony Settember was race winner 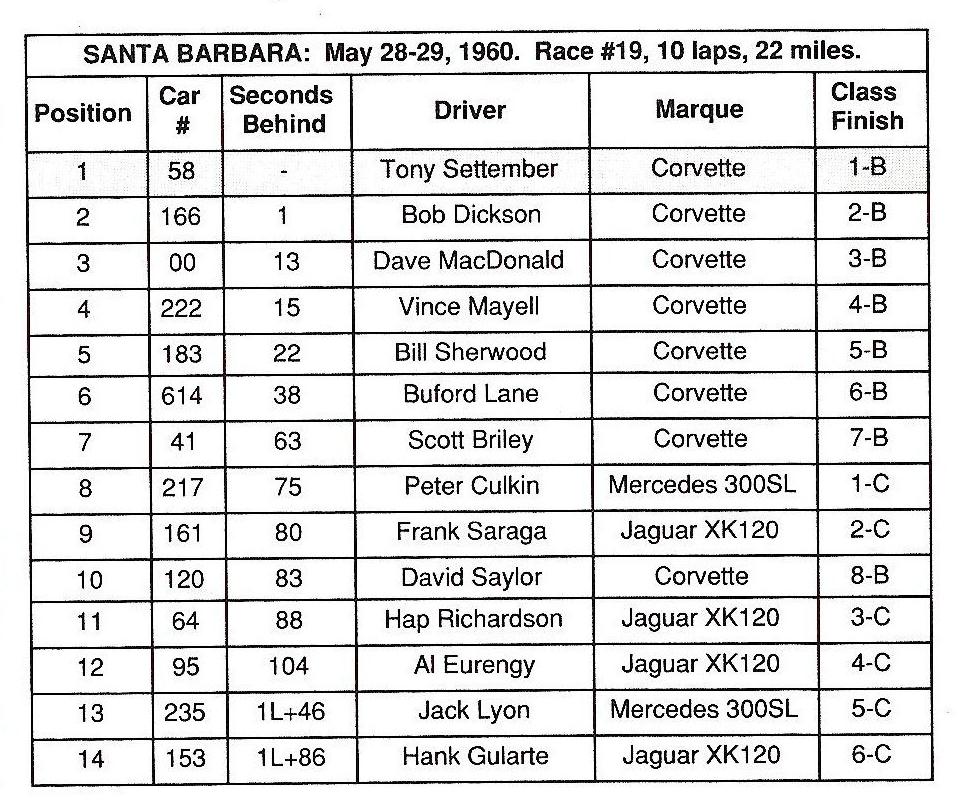 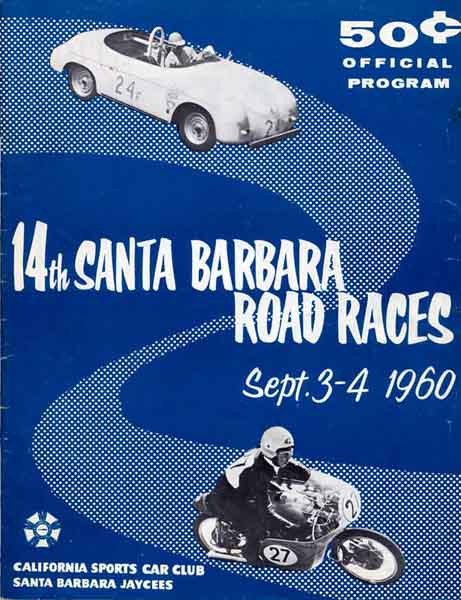 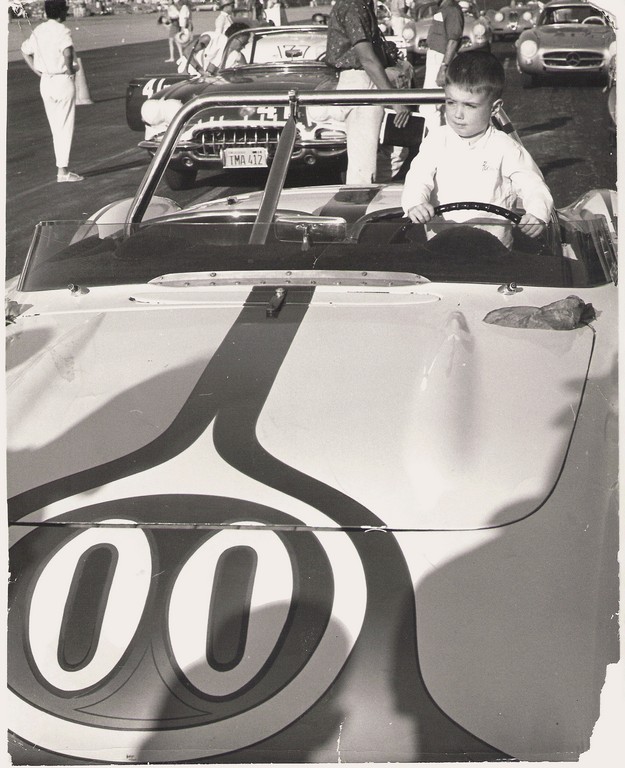 In the Saturday 9/3/60 race Dave MacDonald drifts his Corvette through a turn ahead of Buford Lane in #614. 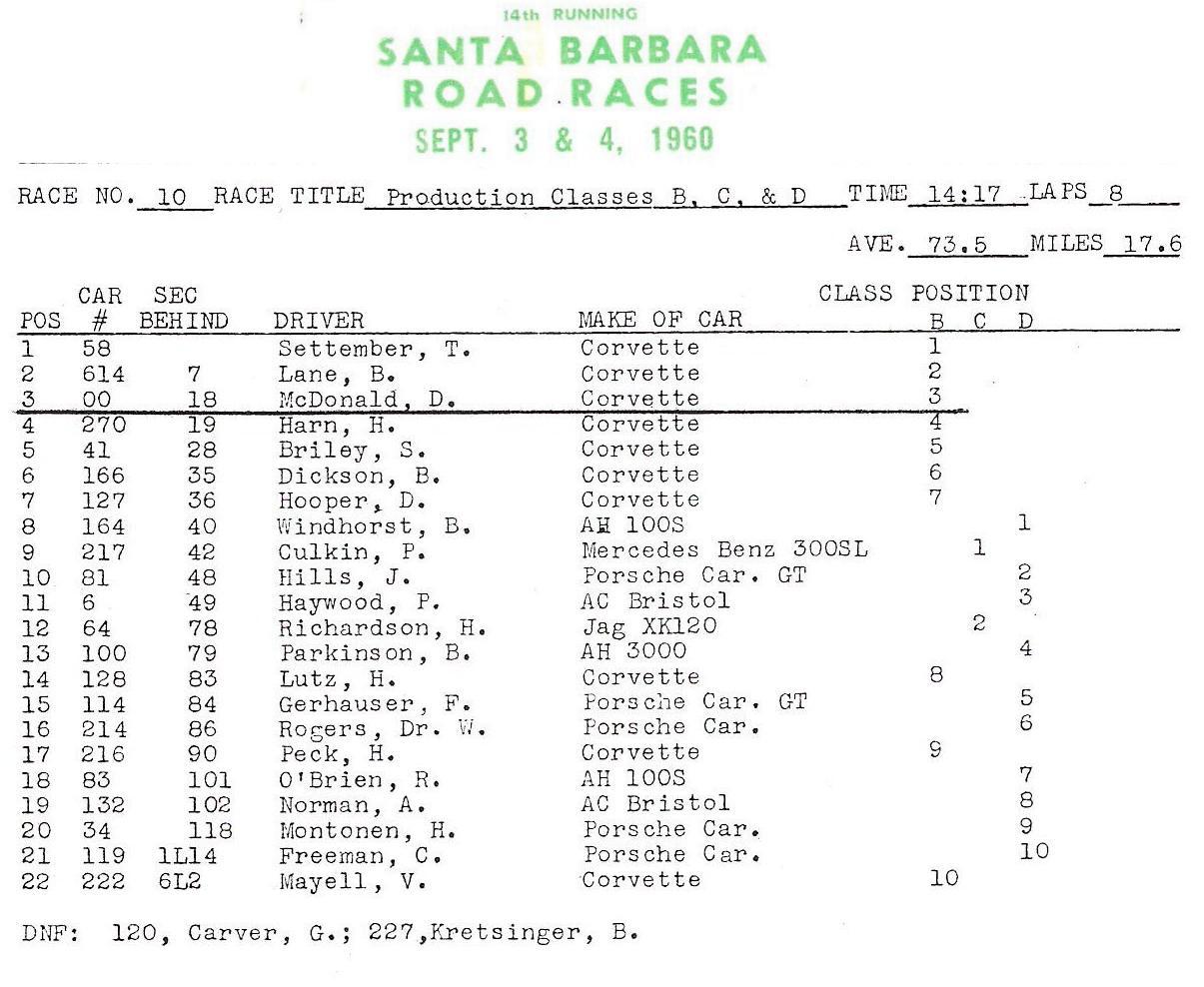 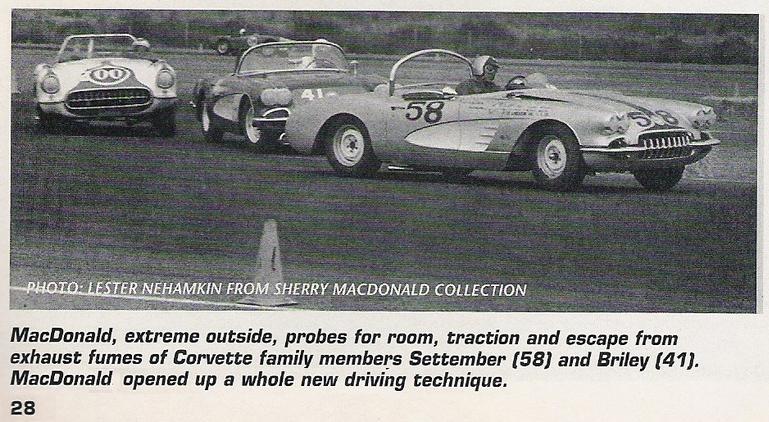 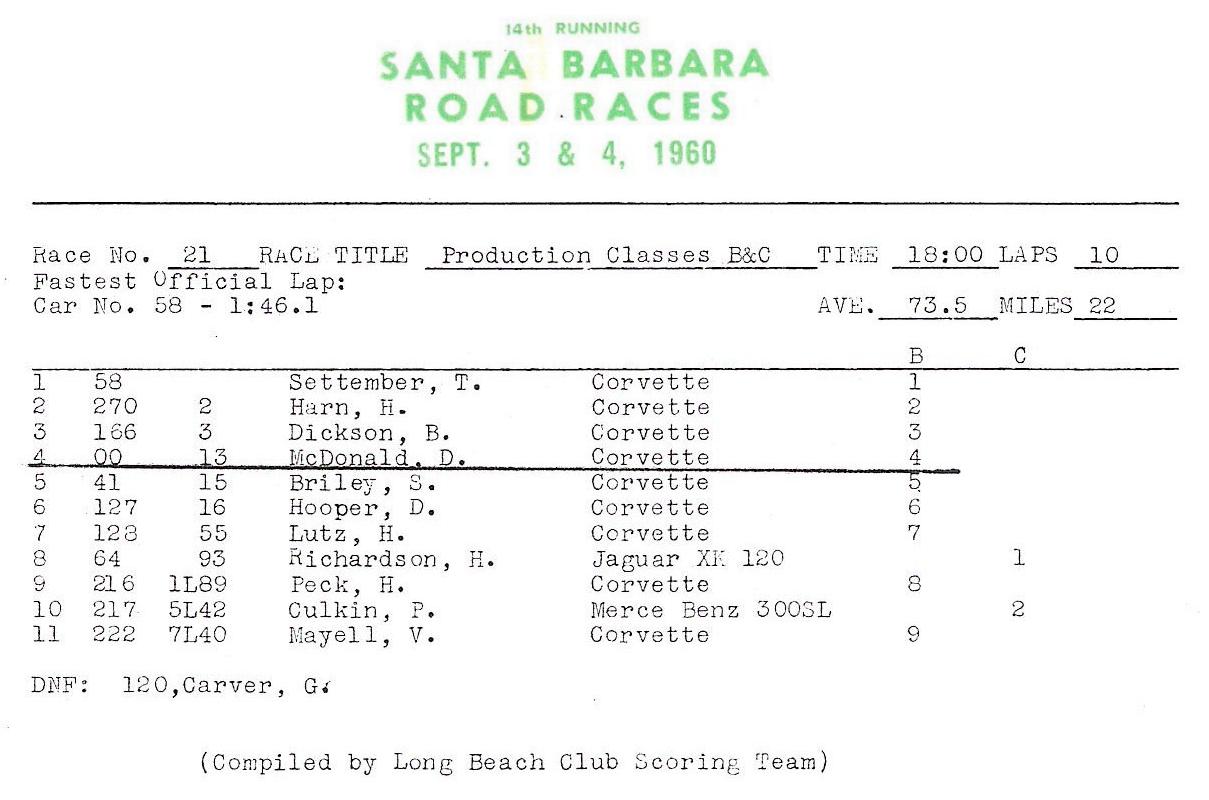 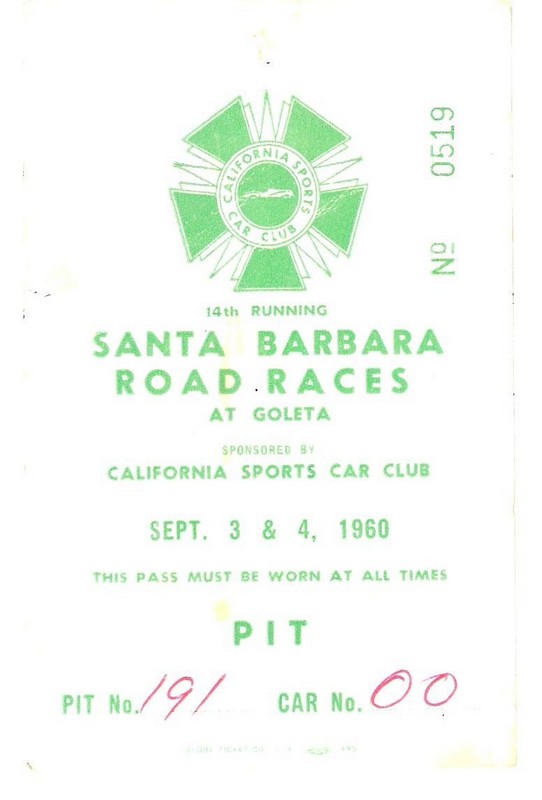